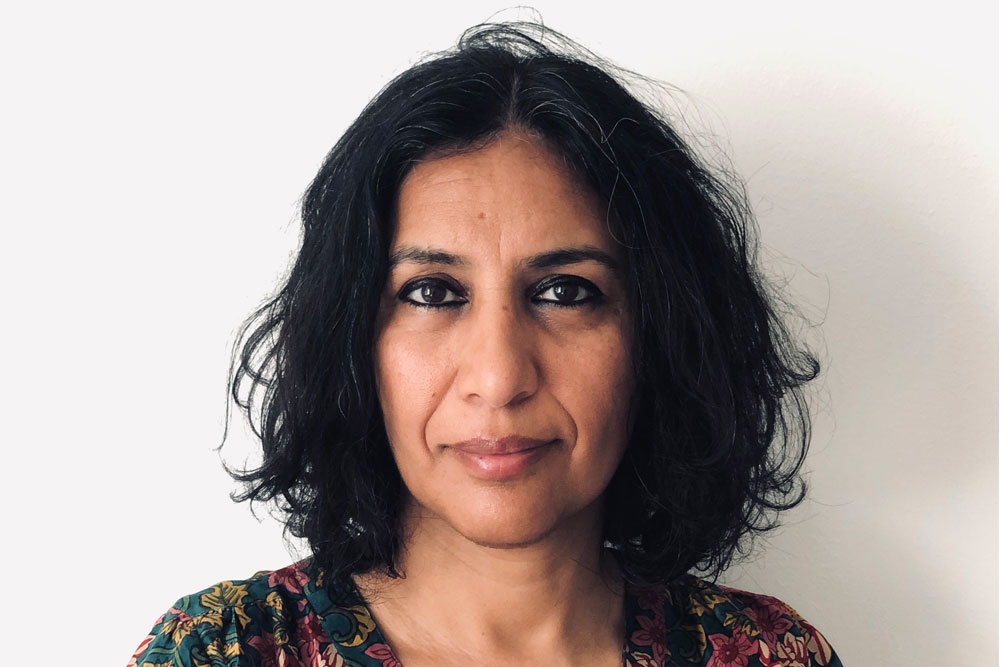 In Professor Ravinder Kaur’s latest book, she peels off layers and layers of contemporary Indian history to prove, on her own terms, that the ‘manifestation of Hindu cultural nationalism and market liberalisation’ owe their dominance to each other. Her narrative is akin to the solving of a Rubik’s Cube in which you first put in place the white cross, then the middle layer, the top face and eventually the final layer.

Unlike most academics, Kaur, Associate Professor of Modern South Asian Studies at the University of Copenhagen, Denmark, has done extensive interviews in Brand New Nation: Capitalist Dreams and Nationalist Designs in Twenty-First-Centuty India (2020). These include business grandees World Economic Summit in Davos, which she has attended multiple times since 2012 and listened closely to the conversations, body language, dos and don’ts and other etiquette besides how each country, especially those from the emerging bloc, sold themselves as investment destinations through resplendent ad campaigns. This is where she gets to see first-hand the transformation of ‘nation building’ to ‘nation branding’.

Kaur’s book deserves attention for the thoroughness with which she gets into the skin of these top-notch ad campaigns, especially ‘Incredible India!’ and ‘India Shining’. Supported by interviews with the creative people behind them, she successfully brings out the impact of these ads and how they acted as precursors of certain trends, cultural and political, that have come to stay. Elaboration of arguments through historical parallels is also the author’s forte, and careful reading of the book uncovers many phases of India’s liberalisation.

Like a quintessential historian – although she employs various journalistic techniques of story-collecting here – Kaur talks about the making of today with a strong conviction that it was all embedded in the past. The book traces that long journey towards pitching the country as an investor’s paradise, a measure, which, in these days, is a sure-shot way to assess political success. Kaur writes, “Recall here India’s established moral-political legacy as the prime mover of the third-world movement: the anticolonial coalition comprising newly liberated nations across Asia, Africa, and Latin America…. Its cornerstone was economic independence seeking a fair redistribution of the world’s resources, the very opposite of the nineteenth-century free-trade imperialism that had created rich economic centres in the north and poor peripheries in the south.” And then the book looks at what follows: the ‘rise of investment-fuelled cultural nationalism’. Each of her pronouncements are backed with studies of events and trends. “The more the brand-new nation attracts and generates capital, the more it legitimises its aura, claims of civilisational essence, identity as the chosen people, and natural ties with the landscape,” Kaur notes, capturing the essence of the idea of what is often described as the ‘New India’. She occasionally drops in observations from the distant past about the idea of India to highlight the change. For instance, there is a reference to Pliny, who summed up India as, “Two summers and two harvests yearly.”

Kaur, as said earlier, digs deep into the India Shining Campaign and the Incredible India! global outreach. For her the former – launched interestingly by the finance ministry of the time – with lines such as “Opportunity has a new geography”, has had a solid impact on India notwithstanding the ill-fated BJP poll campaign of 2004. “The most forceful manifestation of the indelibility of the India Shining images is the success of Modi’ s 2014 electoral campaign,” she states, adding irrefutable proof. The Incredible India imagery, on the other hand, she says, “brings to surface the tensions about the rearrangements taking place in the social landscape in post-reform India.” The brief given to ad wizard V Sunil who steered the campaign was“to create a distinctive identity for the country”. Kaur avers that what has not been easily ‘absorbed’ in Incredible India! is India’ s Muslim past, with the sole exception of the Taj Mahal.

Kaur says: “If once the world was a family of nations, it is now a family of brand-new nations that thrive on the promise of capitalist growth and hypernationalism.” She goes on to argue about the paradox of the brand-new nation: economic downturn does not necessarily lead to the weakening of the political leadership; it potentially even strengthens it.

Following the course of Kaur’s arguments is a sheer treat. In the end, though, she has a loaded warning: “History is endless, and the brand-new nation is merely the latest manifestation of manifold futures that await us.”