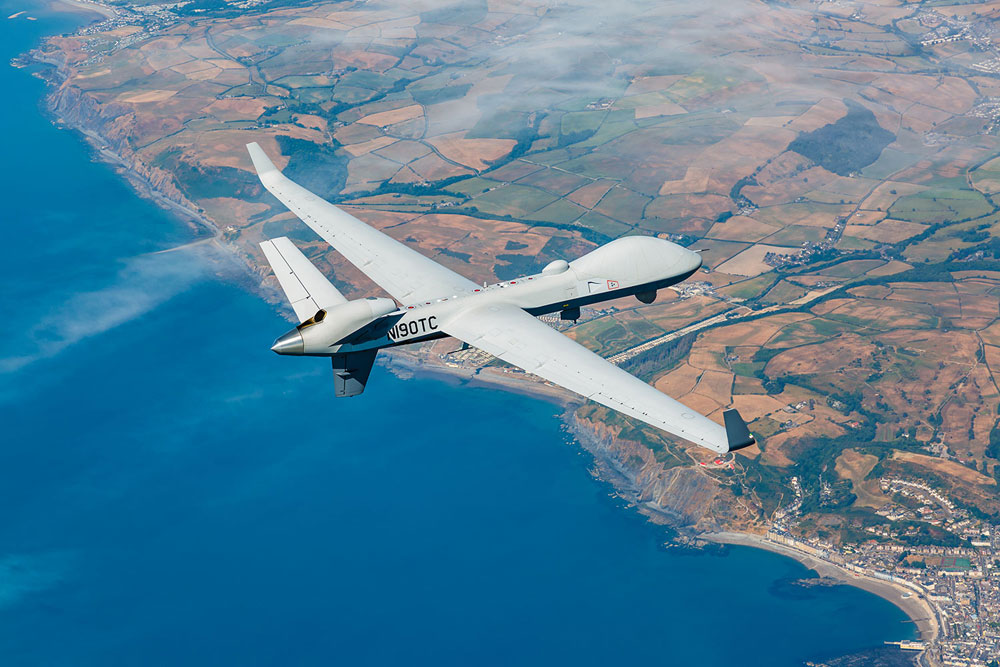 As India looks to further heighten surveillance in the Indian Ocean and along its land borders, Washington is close to selling 30 MQ-9B (Sea Guardian) drones manufactured by San Diego-based General Atomics to New Delhi.

According to top sources, the matter was discussed at a high-level meeting between the two governments held virtually on September 13.

“General Atomics has been in discussions with the Government of India for about six years. The discussions about the MQ-9B acquisition are at an advanced stage,” Lall, who was in the national capital recently, confirmed to Open.

He said that MQ-9B sales need to be negotiated and finalised between the governments of India and the US because “the transfer of military equipment requires careful coordination between the participating countries to properly address security needs, create training and maintenance plans, and determine delivery timelines”.

He notes that the acquisition of MQ-9Bs by India will strengthen the security and diplomatic bond between the two countries by allowing further cooperation on “shared security goals”. India and the US have several areas of strategic convergence, especially in combating threats from a resurgent China. Lall is part of the NATO Science and Technology Organization, which advises NATO on defence science and technology.

Talking about the feedback from the Indian Navy about the leased MQ-9s, Lall said, “I can tell you that the MQ-9As we’ve supplied have performed very well over the past three years. Over the past six months, close to 3,000 hours have been flown in support of the Indian Navy’s maritime and land border patrol objectives, covering over 14 million square miles of operating area. Our Indian customer has been impressed by the MQ-9’s over-the-horizon ISR (intelligence, surveillance and reconnaissance) support for surface units and Indian warships, as well as the exceptional endurance and operational availability of the platform.” General Atomics makes a series of unmanned aircraft (Predator/Reaper/Guardian, and others). It has been making unmanned aircraft systems for over 30 years.

Asked about the progress of his company’s global collaborations, Lall, 53, said, “In addition to India, our aircraft are flown by the Italian Air Force, the UK Royal Air Force (RAF), the French Air Force, the Spanish Air Force, the UAE Armed Forces, and MQ-9As have been delivered to the Royal Netherlands Air Force just this year.”

Hi-tech drones have proved to be a gamechanger in modern wars. The Wall Street Journal on September 22 reported that a bipartisan group of members of the US Congress is urging the US Defence Secretary to provide advanced drones to Ukraine to help it reclaim land occupied by the Russian army. A letter by the group recommended that drones made by General Atomics be dispatched to Ukraine. “Ukraine could better confront Russian threats with advanced [unmanned aerial systems] like the MQ-1C Gray Eagle or the MQ-9A Reaper,” the legislators wrote in their September 21 letter reviewed by WSJ. Taiwan, meanwhile, had recently signed a deal with the US to buy four MQ-9B drones.