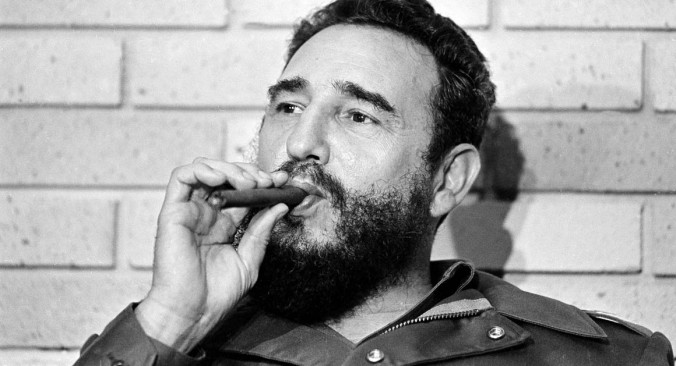 Growing up in a Marxist household in northern Kerala, the first time I heard the name Fidel Castro was during the Falklands War of 1982. The elders at home were discussing UK’s aggression under Margaret Thatcher on Argentina, a Latin American country, which had ‘natural claim’ to the island to its south. Newspapers carried a statement by Castro trashing Thatcher for her blood-thirsty and deeply entrenched colonial ambitions that the Cuban leader said were not only in discordance with the values of the modern world but also a naked display of the wolf she was, in sheep’s clothing. I asked my uncle about this man and he replied that Castro was a leader who had defied the Americans from a country that is less than 100 miles from the United States, a country that he ‘founded’ along with his comrades such as Che Guevara and others. Che, himself an Argentine and a prize catch for Castro and his revolution, had met Fidel in Mexico while plotting against the then decadent and absolutely corrupt Cuban regime of Batista, which was backed by the US. Che is a greater revolutionary, my uncle explained, than Fidel. It was thanks to Che that Cuba has the best public healthcare system in the world, I was told. The conversation continued about Che’s revolutionary exploits and finally his death at the hands of Americans in Bolivia, a country whose name I had heard for the first time. But the names stuck: Che, the greatest revolutionary, Fidel (next behind him), Cuba, Thatcher, Bolivia, Batista, Latin America, and American murderers.

I wondered why there was not a single photograph of Che or Fidel at home (both maternal and paternal) while there were several huge ones of Marx, Engels, Lenin, AKG (AK Gopalan), EMS Namboodiripad, P Sundarayya, Stalin and those of local communist leaders of Kerala and Kannur, my hometown. Even in the CPM “party offices”, there were none. When I could contain my curiosity no further, I asked a senior communist leader about it. “We don’t entirely agree with their party line,” was the answer that left me confused, disappointed and somewhat indignant.

Their party line was different? Why? Was our party line different from that of Antonio Gramsci, the Italian communist? My father, a very popular CPM leader who died when he was just 41, had worshipped Gramsci. But soon I was glad that though their “party lines” were different, Kerala’s Marxists, who take pride in coming to power through the ballot, did bring out books through publishing houses they owned on Guevera, Castro, Gramsci and so on. Soviet publications that initially shaped my voracious reading habit, besides those by Amar Chitra Katha, also carried their stories and those of several others, including Georgi Dimitrov and Ho Chi Minh. While most of the reading material was in Malayalam, I had begun to lay hands on English books by Lenin (from a section of my late father’s huge library at home) titled Lenin and his Comrades-in-Arms and so on. It was from those cupboards that I had learnt of expressions such as Frankfurt School and Black Panther movement; names such as Comrade Palmiro Togliatti, Christopher Lasch, Sartre, Angela Davis, Aldous Huxley, Julius Fučík, Mao, and Rosa Parks. I soon realized though “party lines” were different and though comrades in Kerala didn’t want to identify themselves with “adventurism”, especially in the aftermath of the rejection of the Sundarayya line of thought at the Jalandhar Party Congress of the CPM in 1978, they zealously used the heroic tales of these revolutionaries, including names such as Steve Biko (the South African leader who was mercilessly tortured by the apartheid regime before he was bumped off), to instill revolutionary fervour among the youth. I was glad they did it.

I had carried a book on Fidel when I left my hometown headed for boarding school in Trivandrum. Aged 10, the three books I had were a Malayalam translation of ‘Das Kapital’ by Karl Marx (which I did not read until I was in my 20s), a book by Maharashtrian social reformer Godavari Parulekar on her work among Warli peasants (translated edition) and ‘History will Absolve Me’ by Fidel. Life was difficult away from home, and I fought back homesickness in the company of Fidel and, later, numerous books on the Cold War available in the school library, which was the finest one for any Indian school back in the mid-1980s. I found a book on Jesuit-educated Fidel’s religious views and his comments on fellow revolutionaries, including Che. I still remember a line from an interview to the author, “I may not be a better revolutionary than Che, but I was a better cook.” His sense of humour was contagious, and his remembrances of his days in school in Santiago de Cuba and later in Havana gripping. For a person who was pretty pleased with his memory power, I was humbled by the depth and breadth of Fidel’s recollections of his childhood and each instance of his life – the 1952 takeover over Cuba by army chief Batista who abrogated elections that year; the botched July 26 attack on Moncada Barracks by his men and women; his days in prison; his release; escape to Mexico; first meeting with Che; the failed Granma mission from Mexico to Cuba; life in the Sierra Maestra mountains; the triumph in early 1959; early overtures to President Eisenhower; his hatred of Richard Nixon; his contempt for the man who wanted him dead, JFK, and brother Robert; ties with Soviet Union and Nikita Khrushchev; assistance for liberation struggles from Angola to South Africa and Nicaragua; the assassination of Che; hazards of nation-building; and prostitution in Cuba.

Read the rest of this article in Open magazine.