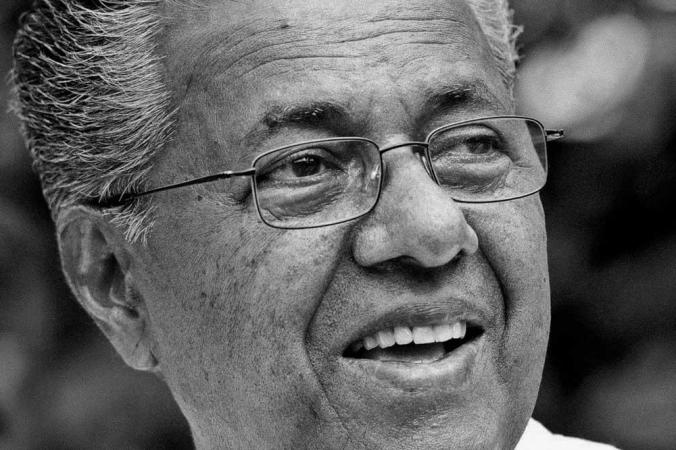 MANY YEARS AGO, when his intra-party rival VS Achuthanandan was Chief Minister of Kerala, Pinarayi Vijayan, who was then the chief of the ruling CPM’s state unit, attended an all-party meeting to discuss the width of state highways. It was a departure of sorts for a party strongman to turn up at such a gathering, especially since the Chief Minister was of his own party. Typically, such tasks would be assigned to party leaders junior to him. Even the opposition Congress leaders were surprised to see Vijayan there. After all, no consensus was in sight on the issue at hand, with activists and many politicians opposing a proposal to set the width of state roads at 45 metres and asking instead for roads to be built 30 metres wide. Land was too scarce, they argued. The pleas of industry representatives and several experts that wider roads—most other states had opted for 60 metre wide roads—were crucial to attract investment to the state sounded feeble.

Undeterred by the prospect of a wave of protests, as soon as the discussions began, Vijayan set the tone by stating that his party favoured the plan to construct 45 metre wide roads. It wasn’t long before the then state Congress chief Ramesh Chennithala and opposition leader Oommen Chandy came around to the same view and a consensus emerged. The law minister at the time, the CPM’s M Vijayakumar, interjected by reading out a statement he had received from Congress leader VM Sudheeran opposing tooth-and-nail any decision to make wider roads. Vijayan stood up and snapped at Vijayakumar for bringing up what he thought was a mere personal opinion of a Congress leader. “The state Congress chief and the opposition leader have agreed to the plan. Who is Sudheeran? Why are you reading out this letter here?” Vijayan’s fury left the minister shaken. The media was shortly to report that an all-party meeting had agreed to set the width of state roads at 45 metres.

Pinarayi Vijayan, now Chief Minister himself, is a man known to fight aggressively for his plans, be it within the party or without. Hard-nosed and dogged, this longest-serving state secretary of the CPM is a leader shaped in the crucible of a turbulent time, one in which he steered the Left bloc’s biggest constituent in one of its last outposts.

In a state where image-building, characterised by politicians zealously displaying faux humility and indulging the media, is almost an industry, Vijayan until recently was perhaps the most hated politician of Kerala for refusing to play ball. Even so, he showed no inclination to either amend his abrasive ways and warm up to the media or resort to dishonest posturing. He is even today the antithesis of the typical Kerala politician who gets good press by humouring purveyors of hype. Vijayan’s combative demeanour has often attracted ridicule and drawn criticism that, as party chief, he used fear as a weapon to put down any revolt against his leadership.

Read the rest of this article in Open magazine.