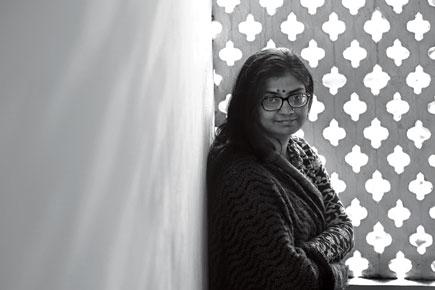 Kumud Singh has had an unusual childhood. Born into the royal family of Darbhanga, also known as the Khandavala dynasty, in the early 1980s, her early childhood memories are of growing up on an estate of 51 bighas in Bargoria, now in West Bengal, along with three elephants and some 100 people, including members of the family, extended family, numerous house helps, hangers-on and bodyguards. Over the next decade or so, she saw her home shrink rapidly and all the elephants and most dependants disappear. “Many of the orderlies and bodyguards got richer than us,” she recalls. A descendant of a family that once commanded the destinies of people spread across more than 6,000 sq km, including parts of Bihar and West Bengal, a family which owned the Rambagh Palace, the Lakshmeshwar Vilas Palace, the Nargona Palace, the Bela Palace, as well as properties in almost every prominent city in British India, by the time Kumud was a young adult, there was no television, refrigerator or computer at home. “I learnt the uses of all these only after I got married in 2002. I had never watched television programmes before,” says the bespectacled lady, seated attentively in the verandah of her husband’s modest home in the quiet Sri Krishna Puri locality of Patna.

Her father Nandeshwar Singh, now 59, lives with her mother and a few relatives on what now remains of the estate in Bargoria. “There are not more than five people who live in that home where I grew up and the family doesn’t even own a bicycle now,” Kumud Singh says ruefully, with a tinge of wounded pride. Singh never went to school because even in the 80s the family had a sheltered existence and it wasn’t considered wise for girls of the dynasty to sit alongside other children, that too in a school founded by her ancestors. Instead, she was given private tuition at home and was educated to the level of the 10th standard exams. “I am currently pursuing my 11th through the Indira Gandhi National Open University (IGNOU) programme,” she says, as her two children, Tesu Trishna (like her, Kumud’s daughter is also named after a flower) and Bhusit, run past playfully.

Kumud Singh is not exactly a good conversationalist, but is aggressive and direct in her interactions on Facebook where she has begun to play a pivotal role in a discourse meant to resurrect what she terms as “the good deeds” of her family that many, including local historians, claim are not acknowledged and recorded. In the process, she has also reinvented herself from a homemaker to the editor of what is arguably the first weekly news portal in the Maithili language, Esamaad.com.

“It is true that over the last three generations, especially after the death of Congress leader LN Mishra, who represented the Darbhanga Lok Sabha constituency at the time of his assassination in 1975, the fortunes of the royal family have declined, and many of the family properties have been taken over by the government, both legally and sometimes through deceit,” says a Patna-based politician. Mishra, who died in a bomb blast in Samastipur on 3 January 1975, is said to have enjoyed extremely good ties with the family. This local politician who spoke to us, however, couldn’t offer specific details, but blamed several members of the family and trustees meant to manage the estates of the royal family for squandering their wealth. Open couldn’t independently verify these claims, though many state officials also indicated that several properties and valuables were sold for a ‘pittance’ by members of the family to make ends meet. “This was because they were already poor and because they knew they could not sell anything,” says a government official who has closely followed the legal dispute within the family over properties. He contends that unlike many other royal families that acceded to the nation in 1947 or in the next few years, the royal family of Darbhanga was not accorded the “respect that was due”.

Read the rest of this article in Open magazine